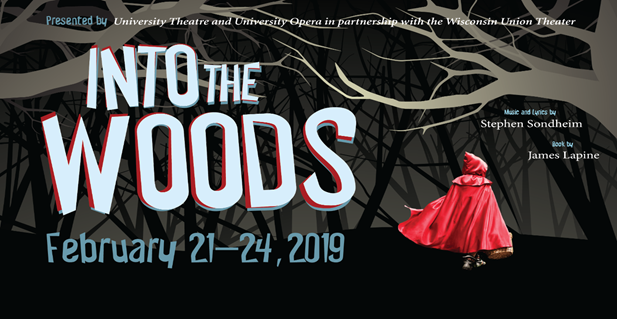 For the first time at the Wisconsin Union Theater, the Theater and Drama Department and University Opera come together to present the musical “Into the Woods” by Stephen Sondheim and James Lapine.

The production will be directed by David Ronis, director of University Opera’s Karen K. Bishop, who has worked with over 30 companies, performing in more than 50 operatic roles.

If you remember all the hype surrounding this modern 2014 fantasy film, the excitement of the musical theater community at UW is unparalleled.

Students should prepare 32 bars of a legitimate musical theater song, along with sheet music in the appropriate key. As no audition can be acapella, the School of Music provides an accompanist. Resumes are suggested, but not required.

After attending ‘Mr. Burns, a post-electric piece,” the audience will ask, “What did I just see? »Survivors of a nuclear apocalypse struggle to reenact an episode of ‘The Simpsons’ in a desperate attempt to hold on to what Read…

Those interested in getting involved in production retain varying skill sets and levels of experience. If you’re feeling nervous or hesitant about auditioning, there’s no need! Students Bryanna Pleasure and Ollie Selman have some advice.

Pleasure, a sophomore in theater and math, has always had a love for theater, especially musical theatre. She knew a classic like “Into the Woods” would be a great show to audition for. Pleasure has been heavily involved in college theatre, currently producing ‘Little Shop of Horrors’, but having the chance to do a production involving the school of music sparked her interest even more.

“This is my first show with the university and it’s been such a fun experience to get involved and to be able to share the show with the Madison community,” Plaisir said. 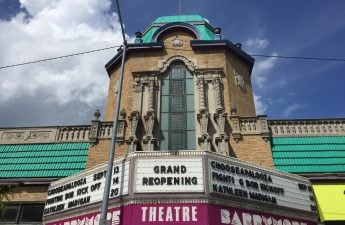 Barrymore renovations aim to attract bigger names, new eventsAfter hitting a major milestone in its renovation process, the Barrymore Theater on Madison’s East Side is gearing up Read…

Sellman, a junior pursuing a bachelor’s degree in music and biochemistry, is a member of the School of Music, though she’s never been in college theater or opera before. Her past theatrical involvement has extended to a number of community and professional productions such as ‘HMS Pinafore’, ‘The Hunchback of Notre Dame’ and ‘Little Miss Sunshine’.

“The first and most important step is to listen to get to know the show. Read about it, learn the plot and listen to the music. you’d like to participate,” Sellman suggested. “Then find your audition song. An excellent choice would be anything by the same composer (Sondheim in this case)! If you have trouble choosing one, ask your friends. They can help you find what suits your voice best. 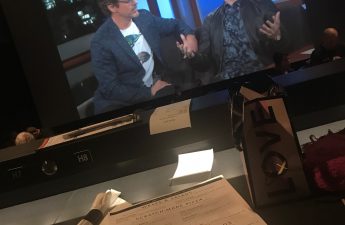 Sellman also suggested figuring out which character you want to play. Characters like Cinderella and Rapunzel have higher soprano-style voices, while Little Red is a belter and the Baker a baritone. If you want to play the Witch, find a song that shows how amazing you would be as her.

For students interested in auditioning, Plaisir recommended going to the School of Music website and the Theater and Drama website for more information about the show.

Registration for the auditions opened on September 5 and can be viewed on the theater’s website.

Remember, it’s not just about what you do in the end, but what you learn from the process along the way. Whether you’re part of the production or not, there are plenty of opportunities to get involved in the music scene on campus.

“Don’t get too caught up in the stress of the audition,” Sellman said. “Musical theater is a community experience. All the other cast members will support you, whether it’s your first show or your 21st. Just have fun.