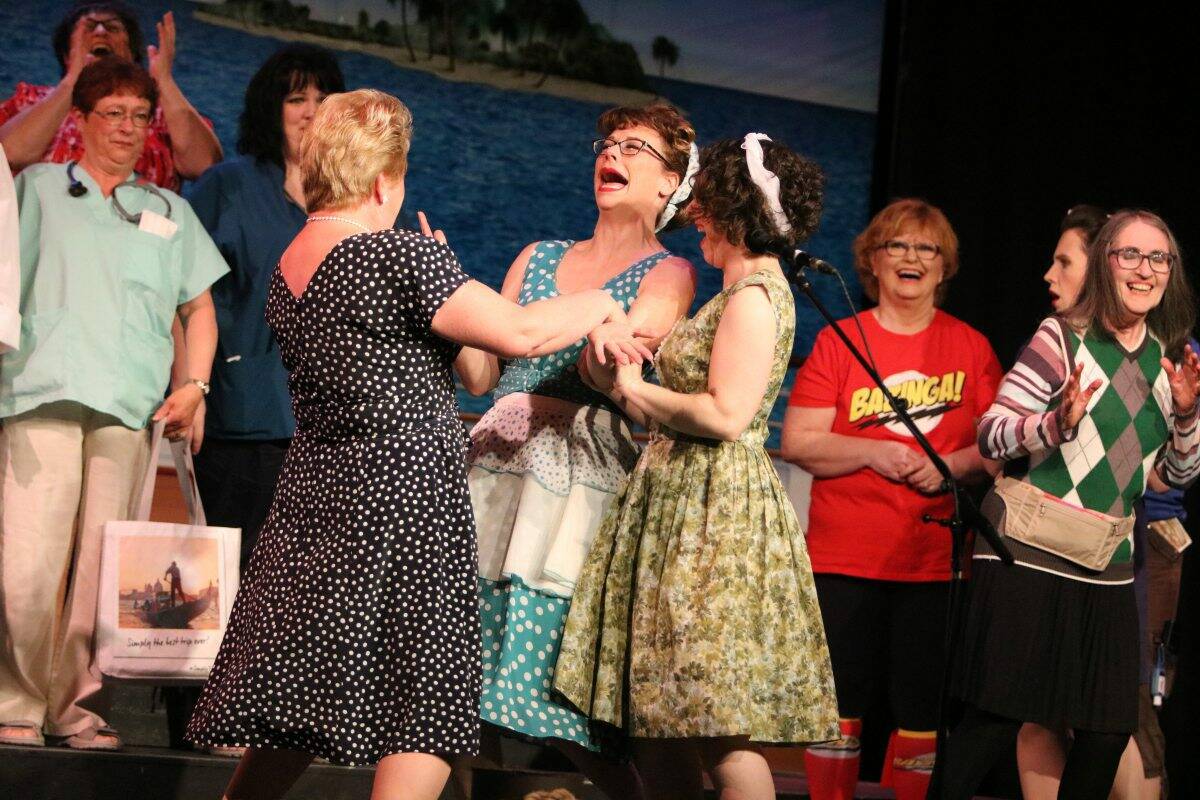 After a two-year hiatus due to the COVID-19 pandemic, the Stonewall’s Quarry Choristers are preparing for a return to the stage.

Tuxedo resident Vhana Moldowan is directing the upcoming production, titled The Housewhich is scheduled for April 28, 29 and 30, as well as May 1, 5, 6 and 7.

While the Quarry Choristers continue to draw Stonewall audiences, Moldowan and the rest of the team hope this year’s production will continue to attract Winnipeg audiences.

“People come from all over Winnipeg and all over the Interlake,” Moldowan said. “We have a lot of regular viewers who put it on their calendars every year to bring it to life.”

The Quarry Choristers are a 27-singer female choir and non-profit group that supports music and arts programs in Stonewall. Each spring they host a Musical Dinner Theater consisting of seven dinner shows and a matinee at the Quarry Park Heritage Arts Centre.

The Quarry Choristers write everything themselves and use popular and contemporary music – including pop, jazz and Broadway tunes – in a three-act performance.

As the show progresses, they regain some of their confidence and powers as superheroes to defend themselves.

Moldowan grew up in Stonewall and accompanied the Quarry Choristers for a few years before going to university to become a music teacher. When there was an opening for a new manager, the team contacted Moldowan.

The Quarry Choristers have a few core songs that are used in every show, including music from Queen, Michael Jackson, The Beatles and The Who. They also feature current hits and popular artists, like Taylor Swift.

“It’s a great variety,” Moldowan said. “We have kids and old people coming, so we try to have a variety of music so everyone knows something about the show.”

It has been a difficult two years for The Quarry Choristers, adds Moldowan. They started to prepare The House in 2019, but had to postpone the show when COVID-19 hit.

“We’ve been anxious and haven’t been overly optimistic as things can change at any time, but we’re excited to finally start putting everything together,” Moldowan said. “After two years of being on hiatus from the arts, it’s nice to finally get back the feeling that things can be a bit normal safely.”

Go online at www.choristers.yapsody.com buy tickets for The House. Participants aged 12 and over must be fully vaccinated.

Proceeds from ticket sales are donated to various community organizations and services.

Kelsey James is a reporter/photographer for the Free Press Community Review. She graduated from Red River College’s Creative Communications program in 2018 with a major in Journalism and holds a BA in Rhetoric, Writing and Communications from the University of Winnipeg. A lifelong Winnipegger who grew up in southwest Winnipeg, Kelsey is thrilled to cover the neighborhoods she still calls “home”.