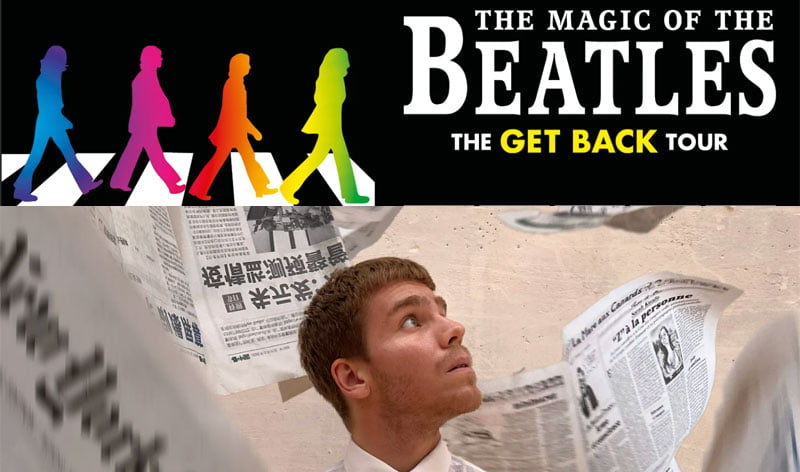 Tribute to the BEATLES and award-winning theater performance at Beacon

A LEADING tribute act to one of the world’s greatest bands is set to perform at the Beacon Arts Center this month.

The magic of the Beatles will bring their GET BACK! show at the Inverclyde venue on Friday February 18, as part of a UK tour.

Music fans will be transported to pop’s golden zone with hit songs like She Loves You, A Hard Day’s Night, Help, Hey Jude and Here Comes The Sun.

Later this month, the Beacon will host an award-winning production of “The Man Who Thought He Knew Too Much” for one night only on Wednesday, February 23.

The fast-paced thriller tells the story of Roger Clement, a Frenchman from 1960s New York, who followed the same predictable routine for years until a slight delay saved him from an explosion.

This throws his orderly world into chaos as he pursues his would-be assassins across the globe to uncover the truth.

Meanwhile, artist Mark Youd’s exhibit on ‘Psyche – A Portrait of the Mind’ will remain at The Beacon until Saturday, February 26.

Youd recently moved to Inverclyde from South Wales and has a keen interest in the study of consciousness.

Pauline Kane, Director of the Beacon Arts Centre, said: “We are extremely delighted to welcome one of the finest Beatles tributes to The Beacon.

“Our audience can expect to be transported back in time with all their old favorites in what promises to be a celebration of one of the greatest bands of all time.

“Our February program is varied and offers something for everyone with an award-winning theater performance, as well as the continuation of Mark Youd’s impressive art exhibition.”