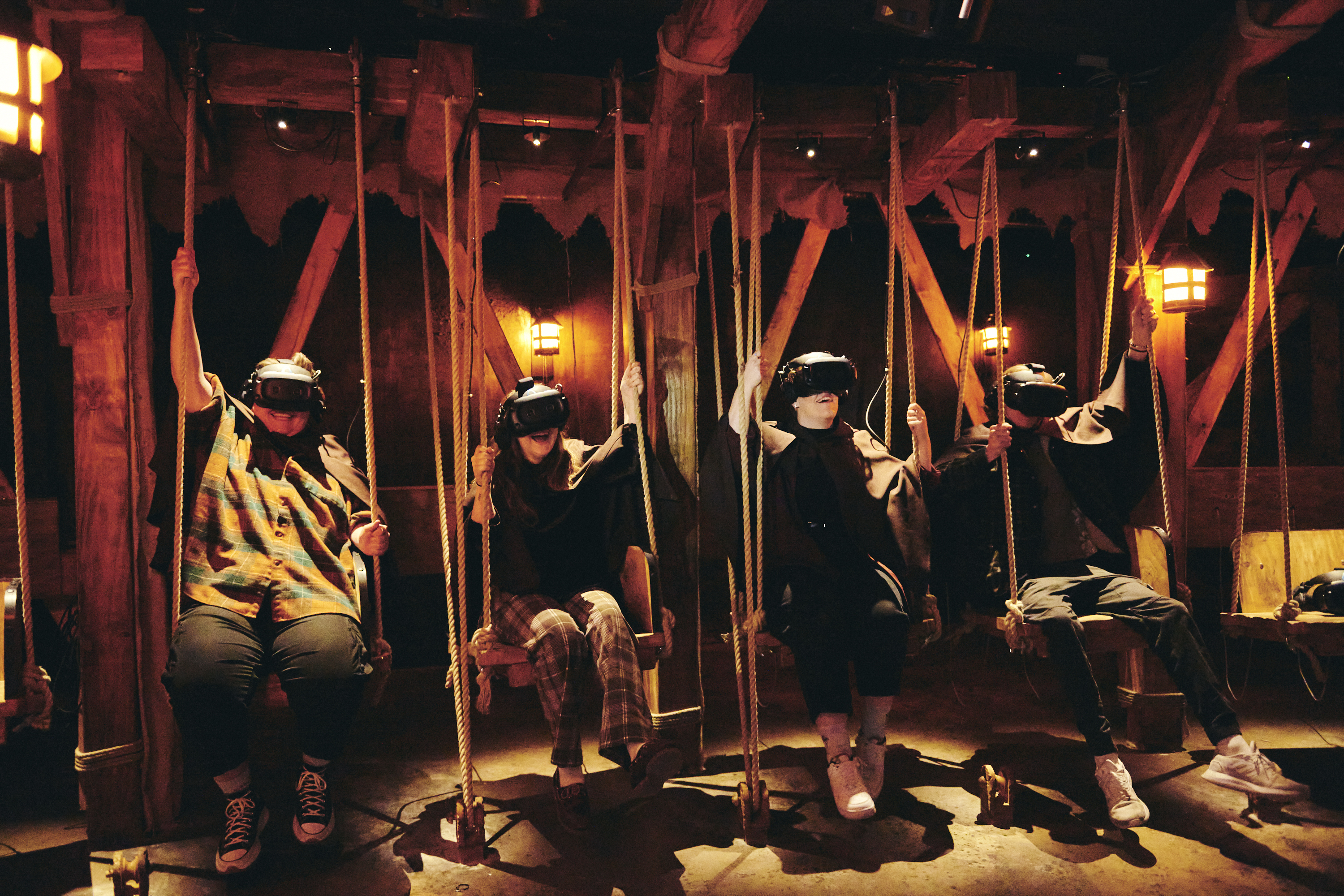 This lavish new immersive theatrical attraction in the Tower of London is, in essence, a 100-minute ride through a theme park. Using live gameplay and pre-recorded virtual reality, it takes you inside the infamous Gunpowder Plot, in which a group of Catholic radicals – inflamed by the persecution of their religion by King James I – decided to make skip the Houses of Parliament.

London has seen a proliferation of this kind of big-budget, overtly commercial immersive theater lately: next month we’ll have a great new show ‘Peaky Blinders’and “The Gunpowder Plot” is the sister production of the same version augmented by virtual reality ‘War of the Worlds’ this has been doing business in central london for a few years now.

What makes the “Gunpowder Plot” so special is its superior creative team, led by writer Danny Robins (“The Battersea Poltergeist”, ‘2:22 – A Ghost Story’) and director Hannah Price (of King’s Head company and activist Theater Uncut.

Its greatest strength as a drama is the careful moral ambiguity that Robins’ screenplay applies to 1605 England, torn by conflict between the oppressive Protestant ruling class and the persecuted Catholic minority. We sympathize with the oppressed. But is blowing up the Palace of Westminster and its bustling surroundings the answer?

Although actually staged in the vaults just outside the Tower of London, the story begins in a recreation of the tower, where groups of up to 16 ticket holders are shown as newly Catholics imprisoned, witnesses of the cruel torments inflicted on their loved ones.

Soon we are caught up in an elaborate spy operation, and the story asks us to decide whether to side with the clearly horribly treated Catholics and the radical terrorist group led by Guy Fawkes, or infiltrate said group for the purpose of of the authorities to prevent them from killing hundreds of people.

Naturally, as a good Polish Catholic, I set out to blow up central London, and with only a little persuasion the rest of my group agreed. It was somewhat disappointing that (spoiler alert) you couldn’t make it a story outcome: “The Gunpowder Plot” is one of those immersive shows that offers the illusion of choice, but you’re pretty much locked into a definite course. , no more able to influence the end result than you would be on a “Pirates of the Caribbean” ride.

Still, I guess it would be a weird complaint to say “I want my money back because I wasn’t allowed to commit the biggest terrorist atrocity in London’s history”, and Robins’ clever storyline exercises enough of empathy for persecuted Catholics to convey the sense of conflict that most members of the public are likely to feel about the situation.

It’s also a lot of fun – compelling live actors and sleek, impressive sets are split by three headset-based virtual reality sequences. I guess your VR expectations may determine how impressed you are, but I thought that was a hoot. In the first, we zipline out of the tower and zip through the streets of London and the River Thames. It’s absurd, of course, but engrossing, with gorgeous 360-degree panoramas of London 400 years ago (we also learn at the end that there was actually a zipline escape from the tower, although than much smaller). Later, we board a virtual boat with Fawkes, played with hammered intensity by a pre-recorded version of Draco Malfoy himself, aka actor Tom Felton. The footage absolutely looks like a slightly glitchy video game from maybe 15 years ago. But they’re a good laugh, a note of escapist adventure that energizes the moodiest live action.

I have mixed feelings. It’s ultimately commercial entertainment aimed at tourists, and just not in the same league as Punchdrunk’s much more ambitious new show. “The Burned City”. And I’d feel much happier recommending this sort of thing if the prices were cut in half. But there’s no denying that as an example of what it is, ‘The Gunpowder Plot’ is a step ahead of its London peers like ‘Gatsby the magnificent’, ‘Doctor Who: Time Fracture’ and “War of the Worlds”. He engages with his source material with genuine intelligence and care – it’s not just a glorified cosplay session. It’s conceivable that one day soon, London will host more immersive megabuck shows than musicals, and on that score, “The Gunpowder Plot” set the new benchmark.