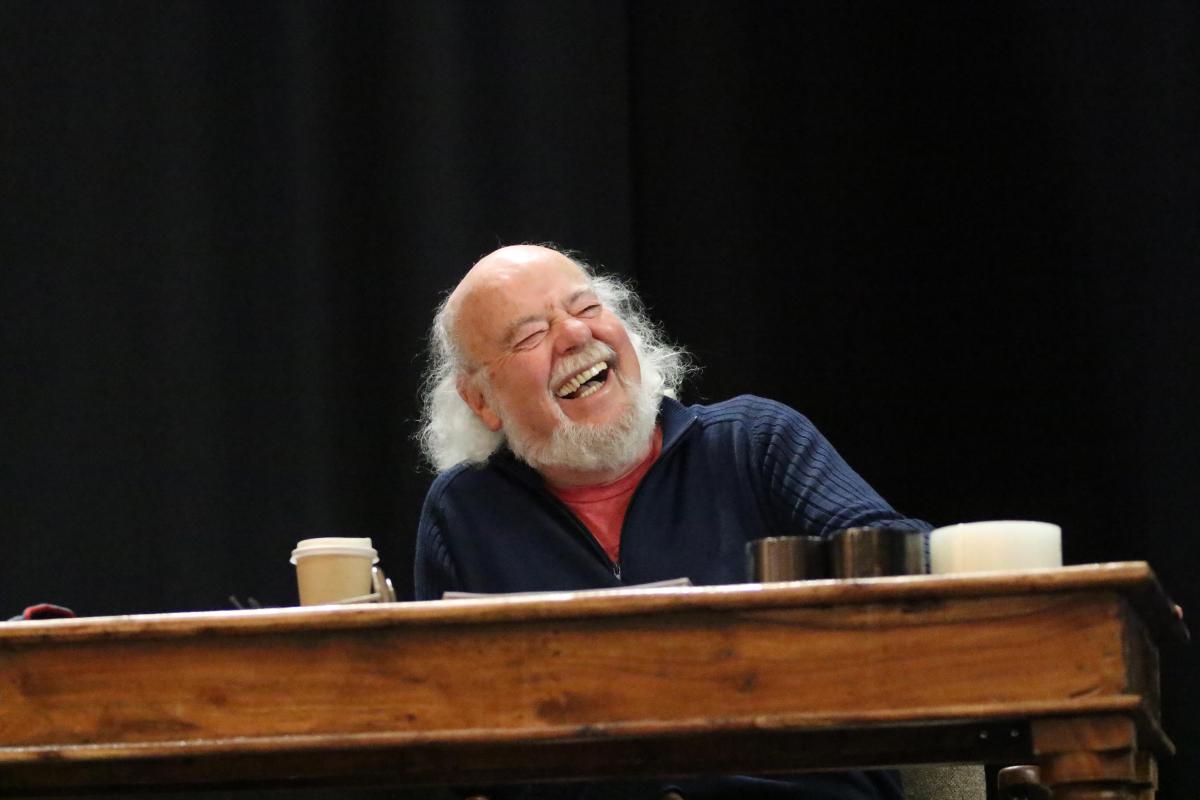 Theater show “an hour of madness”, according to creator Robin Judkins

A musical written and performed by the identity of Sumner Robin Judkins will have its ‘world’ premiere at the James Hay Theater on Saturday – and could be headed for the Edinburgh Festival Fringe next year.

Free bus to God was written by Judkins over two and a half years.

It’s about a group of musicians who, having nowhere to rehearse, use an old municipal bus and drive around on Sundays to pick up their musicians – and anyone else at the bus stop.

Judkins, who is well known as the founder of the Coast to Coast race, said he was thrilled to finally bring his musical to the stage.

“We tried to put it in place last year at Lyttelton and again in February this year, but Covid prevented it from happening.

“Myself and all the team involved are so excited to play him at James Hay – we’ll have to take it all up a notch now,” he joked.

The show’s musical director is Adam Hattaway and his band consists of Mike Kime, Thomas Isbister and Reuben Derrick.

Free bus to God was a 122-track distillation that combined 20 songs, rants and raves into one silly hour, Judkins said.

There was humor in his show and also sad bits, which featured in some of the four chosen love songs.

“There are tough characters featured, but you can feel comfortable with them.”

Last week Judkins was busy assembling a number of stage pieces for the premiere, including 10 bus seats, a handbrake, steering wheel and a bus stop sign which he has recommissioned and worked on .

He road-tested the show by breaking it down into six parts to perform in open-mic sessions.

It flows well and features a wide range of music curated by Adam Hattaway, he said.

Judkins intended to film the show and has ambitions to present it at the 2023 Edinburgh Festival Fringe.

“I have to make sure we have a winner first, but it’s an exciting proposition and taking everyone to Scotland, including my daughter, would be great.”

Judkins said there was a Commonwealth section planned for next year’s fringe which made the trip even more attractive.

A full documentary of his journey with the Free Bus To God project is also planned.

Judkins has been a Sumner resident for 36 years and has previously published two books of his poetry, a novel and a memoir.

It is 56 pages in his current book, a thriller called The butcher, the sniper and the journalist.

Tickets for Free bus to God are available here.

2022-05-24
Previous Post: Aberdeen’s Ten Feet Tall will present a new theater show as a radio podcast
Next Post: Dance lovers for a roller coaster ride during a live theater show