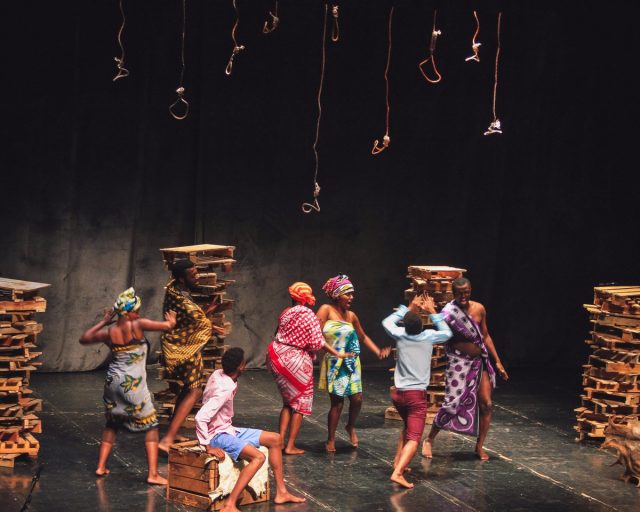 The theater show Too Early For Birds is back; To put on shows from November 4 to 6

Kenyan theater show, Too Early For Birds is back with five shows scheduled for November at the Jain Bhavan Auditorium in Loresho.

The show went on hiatus during the COVID-19 pandemic and is now back to entertain Kenyans with their theatrical productions based on Kenyan history.

The next edition of Too Early For Birds will feature stories written by a team consisting of: Gathoni Kimuyu, Paushinski, Mercy Mutisya and Joss Ng’ang’a. Stories and research are by Idil Ahmed, Ngartia and Hellen Masido. The director and actors involved in the show will be announced later.

Too Early For Birds is a series of theater productions telling stories from Kenyan history. Since 2017 they have told stories about Wangari Maathai, The Nyayo House Survivors, Zarina Patel, Timothy Njoya, Field Marshal Muthoni Wa Kirima, Otenyo Nyamatere, Syokimau, William McMillan, the resistance at Lumboka and Chetambe Forts, Wanugu, Wacucu and Rasta, among many others.

The production was born out of a collaboration between Owaahh (from the award-winning story blog: owaahh.com) and two performers: Ngartia and Abu Sense. They are produced by Story Zetu and have sold out 14 out of 20 stage performances.

Tickets for the sixth edition of Too Early for Birds are Ksh. 2,000 in advance (purchase here tokea.com/event/42) and Ksh. 2,500 at the door. Tickets purchased for the canceled musical edition (TEFBeats) which was scheduled for April 2020 will still be valid for this upcoming show.

Previous editions of Too Early For Birds were as follows;

1. Unsung Heroes – Edition 1: The first volume was staged on May 17, 2017 and focused on people who have never been part of traditional Kenyan history. It was produced by Code Ink’s Miriam Kadzitu and directed by Wanjiku Mwawuganga.

2. Dissent – Edition 2: The second edition aired on July 29-30. He focused on stories of resistance in Kenya. It was produced by Code Ink’s Miriam Kadzitu and directed by Wanjiku Mwawuganga.

3. Badassery – Edition 3: This edition told stories from the history of violent crime in Nairobi. It was held on January 13 and 14, 2018. And again on the 19th, due to public demand. It was produced by Code Ink’s Miriam Kadzitu and directed by Wanjiku Mwawuganga.

4. Brazen – Edition 4: The Brazen Edition was produced by LAM Sisterhood and Story Zetu. Brazen was created, researched and written by the LAM Sisterhood, who are Laura Ekumbo, Aleya Kassam and Anne Moraa. It focused on telling stories of heroic women in Kenyan history and was directed by an all-female crew – both in cast and crew. It was staged on July 27, 28 and 29, 2018. It was produced by Gathoni Kimuyu and directed by Wanjiku Mwawuganga.

5. Tom Mboya Edition – 5: After a long hiatus, the team came together again in October 2019 at the Visa Oshwal Community Center with stories from the life and death of Tom Mboya. It is produced by Gathoni Kimuyu and directed by Mugambi Nthiga. The show was brought back to the stage in November 2019 due to passionate demand from the public.