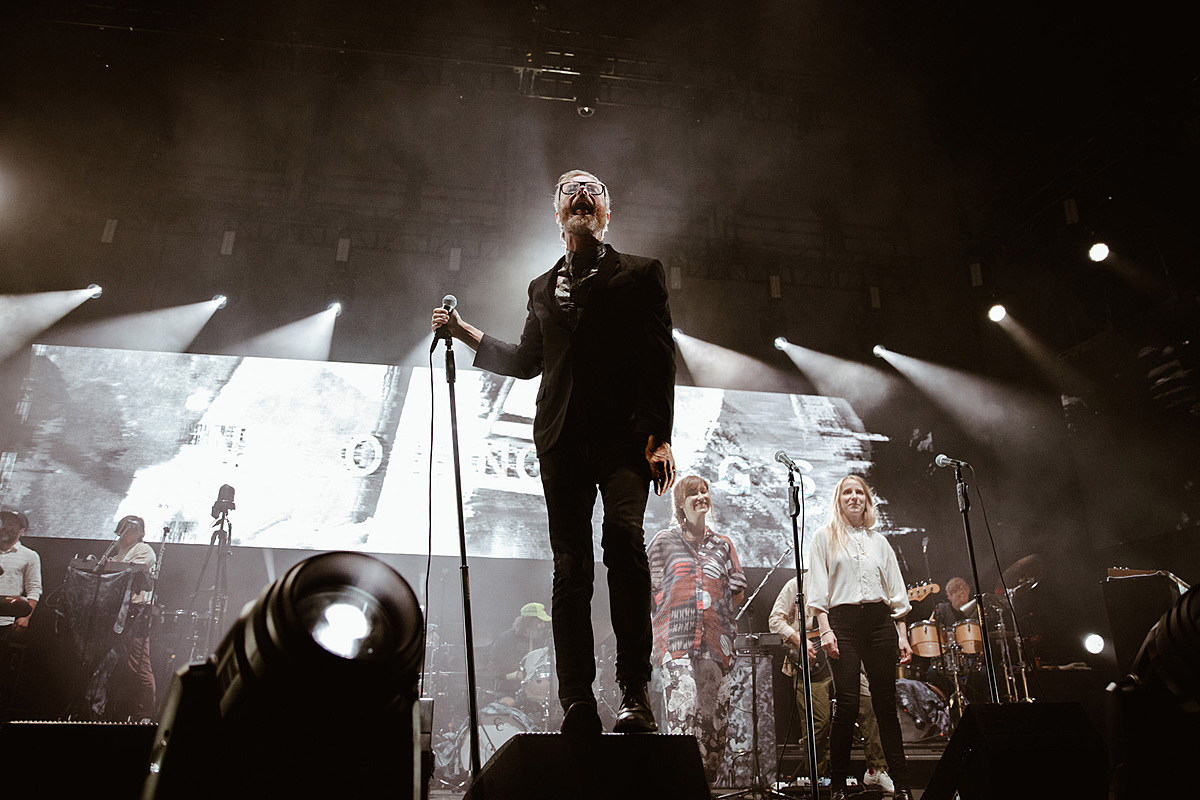 The National begin their summer tour with Lucy Dacus, Japanese breakfast, and strange Bartes next month, and they’ve added a new date in the NYC area. It’s in Port Chester, NY Capitol Theater on September 23, and it’s billed as a “complementary performance” to Sound on Sound, the new Bridgeport, CT festival they’re playing on 9/25. Tickets for the new show go on sale Friday, June 24 at 10 a.m., with various presales starting Thursday, June 23 at 10 a.m.

In addition to their tour, which includes Newport Folk, Pitchfork Festival and Day In Day Out Fest, The National have a new album in the works. Stay tuned for more on that and check out their updated dates below.

Get classic The National albums on vinyl in the BV store.

^ with Lucy Dacus
# with Japanese breakfast
+ with Bartees Strange

2022-06-21
Previous Post: City Theater at ABTT Theater Show 2022
Next Post: Fans Get Personal At Keshi’s Fonda Theater Show, Enjoying The Love And Comfort From His Words