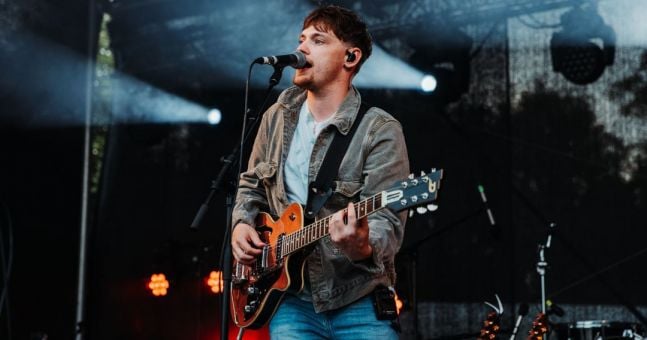 Portaferry singer-songwriter Ryan McMullan has announced the dates for his UK and Ireland tour, which includes a headline show at the 3Olympia Theater on Thursday September 22, 2022.

Tour announced ahead of long-awaited release of McMullan’s debut album Redesignwhich is released on August 26, 2022. The album was originally written and recorded in the winter of 2019 in a process that was captured in the 2021 documentary Ryan McMullan: debut.

Following its 2020 delay, McMullan released the six-track EP First mixing strip of tracks he has written in the meantime capture the essence of the house and the impact of the pandemic on the songwriter.

McMullan has had many busy years ahead of 2020, including backing some of Northern Ireland’s biggest musical exports around the world, including Snow Patrol and Foy Vance, as well as Ed Sheeran, Kodaline, The Coronas and Dermot Kennedy.

He first met Bangor-born Vance backstage after his gig in Washington D.C., where McMullan was studying and “flipping burgers.”

Recognizing his vocal talent, Vance challenged him that night to try his hand at songwriting. He did just that, and after graduation McMullan joined Vance on a US tour, playing 20 concerts in 16 states in 32 days.

Subtle yet powerful, the new single “Static” has all the elements of a Ryan McMullan hit. A blend of her effortlessly smooth vocals and softly dramatic accompaniments, the single is both seductive and authentic, mysterious and vulnerable. It is a showcase of his talents as a musician and performer; a mix that makes the listener immediately reach for the replay.

Watch the video for “Static” below.