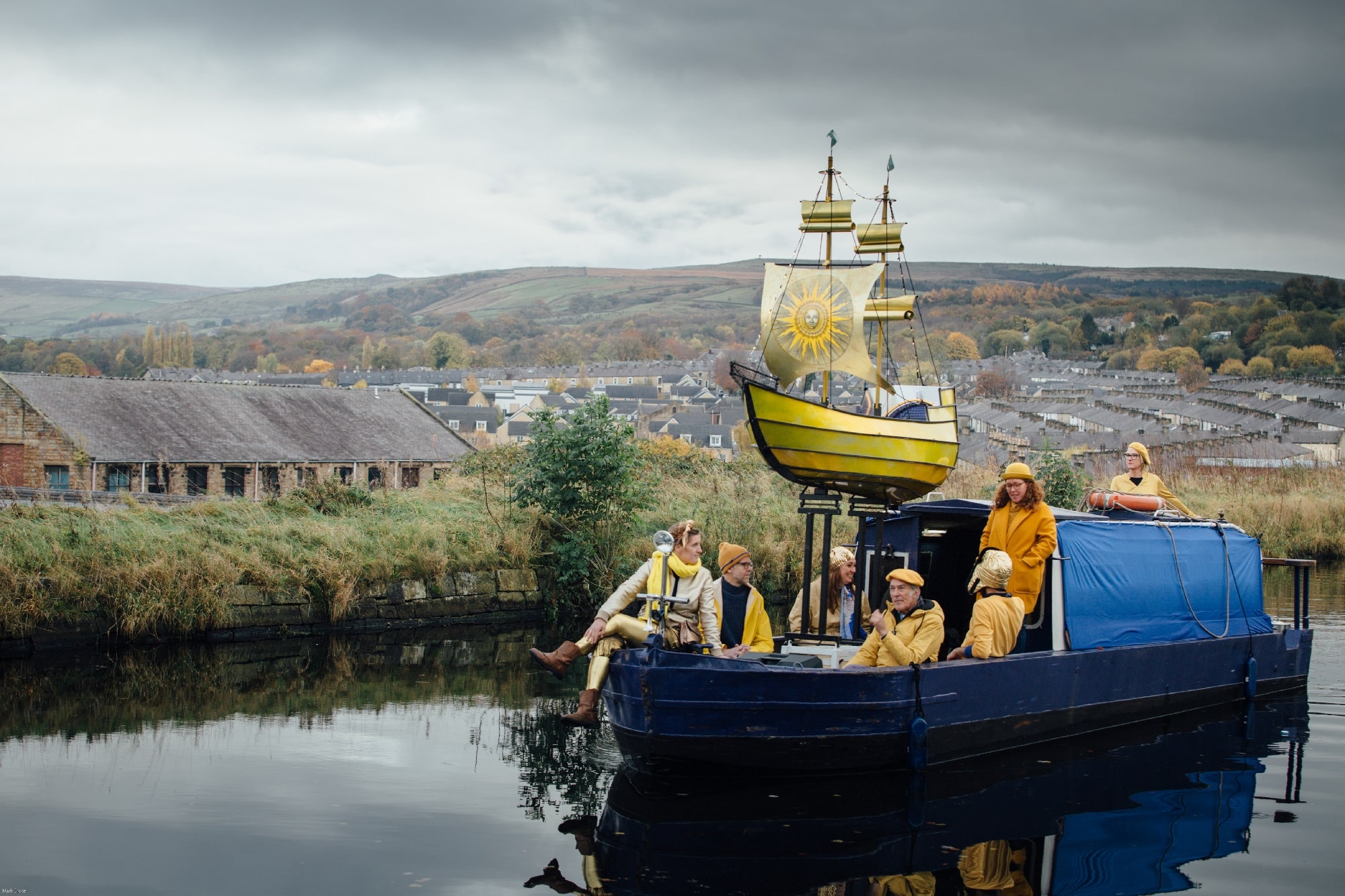 You may know The Lowry, Contact and Palace Theater as centers for dramatic performances in the city, but what about a show on the canal? Well, Opal’s Comet, a channel-based song and visual theater project by arts production organization Mr Wilson’s will drift along Manchester’s waterways this weekend.

The channel-based production Opal’s Comet, conceived and written by Sonya ‘Boo’ Moorhead, is a traveling song cycle, traveling the UK’s inland waterways and performed from a river boat. This Autumn Opal’s Comet will embark on an outdoor performance tour of the North of the UK, having begun their journey at the Burnley Canal Festival (August 28-29) and now on HOME MCR as part of Manchester Folk Festival on October 14 and 15, culminating with an appearance at Wigan Light Night on November 18 and 19. All performances are free to the public.

Drawing inspiration from creation myths and the tradition of oral storytelling, Opal’s Comet is a short, tragic story written by the artistic director of the Burnley-based arts production organization, Sonya “Boo” Moorhead. In response to recent world and personal events, the story was written in 2021 and takes on an allegorical form.

He questions how we might deal with personal grief, loss and transformation as, on a global scale, we head towards social collapse and climate crisis. Opal’s Comet offers audiences and attendees the opportunity to slow down and take stock, to celebrate shared values; pay homage to those we have lost and discuss how we might navigate a new future.

Sonya ‘Boo’ Moorhead says: “In 2020 and 2021, our families and communities have experienced so much sadness and loss. Mr Wilson’s is known for its colorful musical celebrations, but not everyone is ready to get back into it. This year we have created something exceptionally beautiful and hopeful; Opal’s Comet meets people on their own terms, in their own neighborhoods and provides time and space for reflection.

Artists Steve Gumbley and Andy Plant were commissioned to visualize and create a sculptural response to the Golden Barge, which will be transported along the canal for each performance. The collective of musicians who will perform the Opal’s Comet song cycle for Mr Wilson’s are: Sonya ‘Boo’ Moorhead as singer-songwriter and producer, John Ellis on piano and Sarah Dale on cello. Rachael Gladwin on harp also joins the line-up for Burnley and Manchester performances.

Opal’s Comet will be on the Rochdale Canal, traveling between Piccadilly Basin and Lock 92 on both performance days between 11pm and 4pm. The performance is long lasting and can be experienced anytime during this window. There is a live GPS location tracker on board. If you follow the link on the project site page on the day he will direct you to a map, where you can see the exact location of the golden barge and help you navigate to find it.

2022-10-11
Previous Post: The theater show Too Early For Birds is back; To put on shows from November 4 to 6
Next Post: Miss Lindsay’s secret is revealed while touring a theater performance in Mull