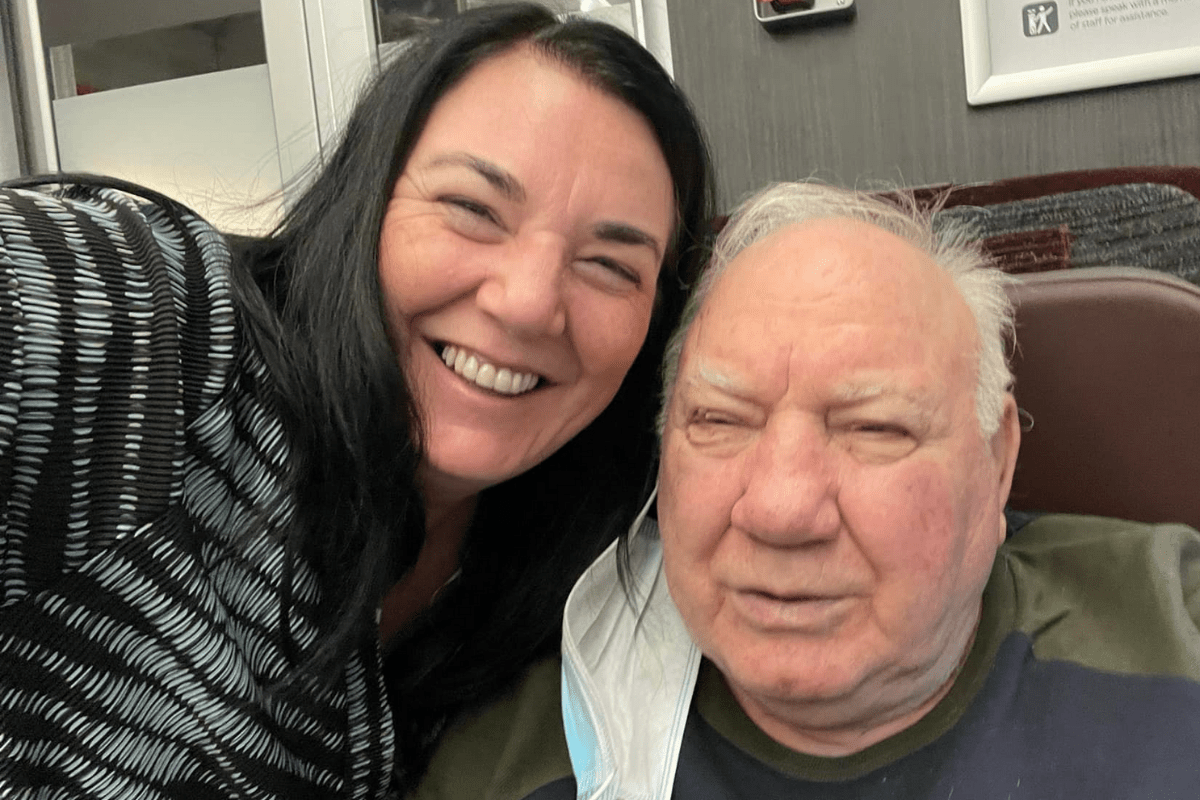 My disabled father, 75, was kicked out of a theater performance without his wheelchair for ‘clapping and singing’

A DISABLED pensioner has been kicked out of a theater performance without his wheelchair for clapping and singing, his daughter has claimed.

Jim Clelland, 75, and his daughter Hazel Robertson attended an afternoon performance of Bat Out of Hell at the Edinburgh Playhouse on February 12.

Hazel said there was an incredible atmosphere in the theater as excited punters cheered on the songs from their seats.

But the 50-year-old, from Bathgate, West Lothian, says ushers repeatedly warned members of the public, including herself, to ‘calm down’ and stop dancing in their seats.

And after biting in the bathroom, Hazel was horrified to find her 75-year-old father was among a group kicked out of the show.

She told the Daily recording: “When Bat Out Of Hell came out, you could tell the whole place wanted to break out but it wasn’t allowed.

“I went to the bathroom and when I came back these four women were standing in the hall and one of them was crying.

“I could hear them saying ‘you throwing us out for singing and dancing in our seats? We weren’t even standing. They were also told it was disruptive behavior.

Most read in The Scottish Sun

“The next minute, I could hear my father’s voice.

“They stood in front of my dad and when he told them he was trying to watch the show, they asked him to leave.

“They then took him out of the theater without his wheelchair. A security guard then came up to me and told me my dad wasn’t feeling well.”

Hazel said she was “absolutely devastated” by the ordeal and criticized theater staff for their “shameful” treatment of patrons.

She added: “Any aggressive behavior was on their part, not members of the public they kicked out. They were overzealous and completely out of order.

Edinburgh DJ admits raping woman while she slept, says he ‘forgave himself’ for sexual assault

“It was supposed to be a special day for [my dad] but it was completely destroyed. “

A spokesperson for Edinburgh Playhouse declined to comment on specifics or the ban on clapping and singing.

But they added: “Generally, when members of the public disturb others, they are asked to moderate their behavior.

“They are only asked to leave if they refuse to do so or are rude or aggressive towards our staff.

“The Edinburgh Playhouse and Ambassador Theater Group have a zero tolerance policy regarding aggression towards our staff.”