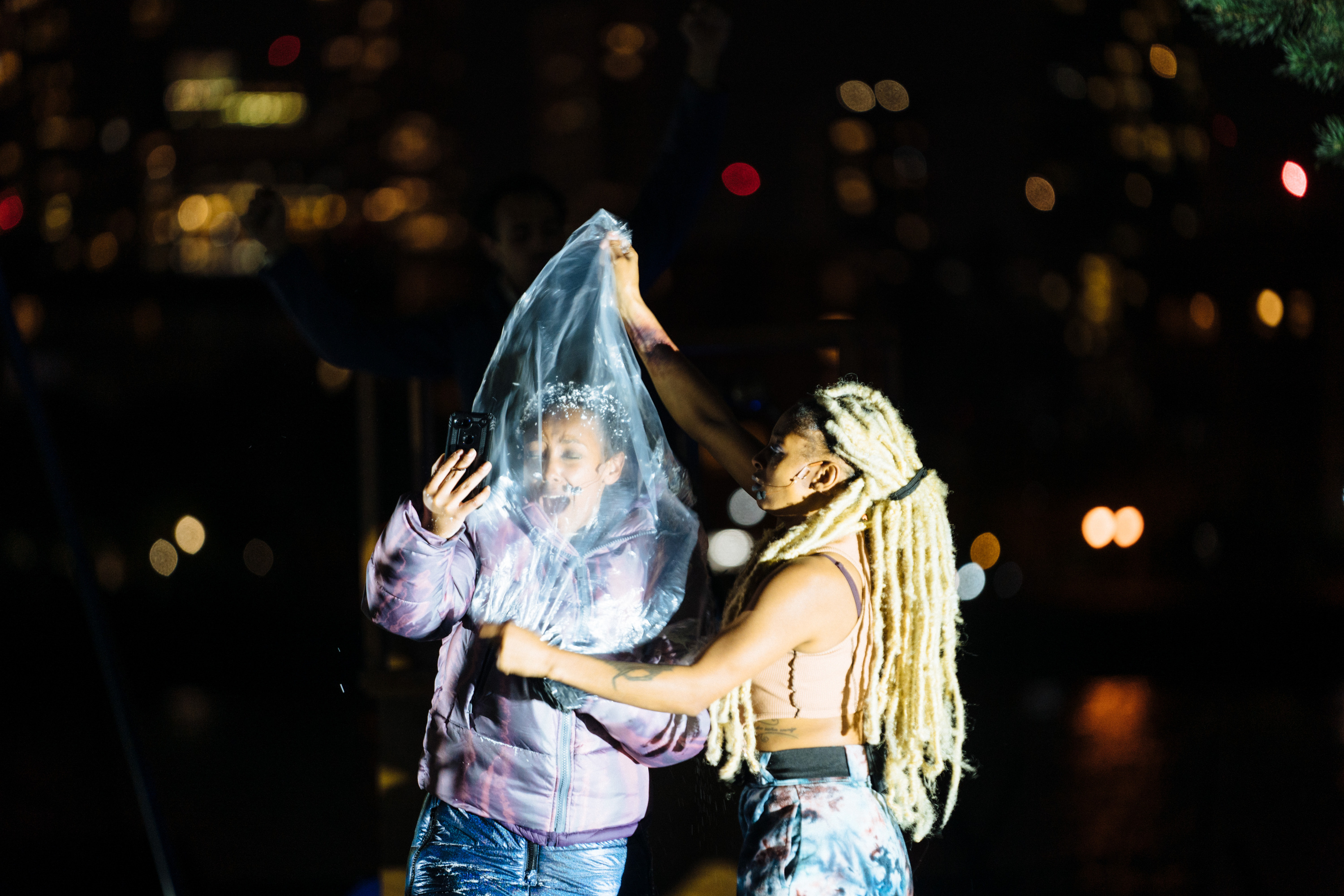 The Master Shipwright’s House in Deptford has to be one of London’s most romantic secret spots: twinkling with fairy lights, a half-ruined house and garden, by the mighty Thames where ships were once built and sent to around the world in search of cheap natural resources, profit and glory. Behind the scene, the city scrapes the sky, sinister towers are vividly reflected in the cold, black water.

All of this makes for a wonderful and fitting outdoor setting for this new play on climate change, staged for the We Are Lewisham festival by veteran filmmaker Melly Still and musician Max Barton.

“The Gretchen Question” brings together three women from different eras: 18th-century Gretchen (Lauren Moakes), working with dastardly comrades in the Royal Society to build a business and exploit a new source of fuel; Modern day Lulit (Tamaira Hesson), a poet who wakes up sick in a skating rink, and influencer Maisie (Yohanna Ephraim), on an ill-advised extreme arctic adventure where she’s supposed to green the oil company’s reputation.

There’s a solid cast and some great ideas – I loved how the players recorded the audience’s collective heartbeat, at the start, to play back at a crucial moment later. But the plot is crazy: so much so that I had more and more difficulty understanding what was happening or why.

There are so many shocking true and historical stories about climate change, it seems very odd to center this one on space oysters. Where do space oysters come from? Why do their blue beads ignite spontaneously? Why would anyone kill a baby (a creepy, creepy baby puppet with a beanie)? Why is Lulit vomiting blue gunk in a skating rink with two guys named Dave? What does Goethe have to do with it? And why are all the animals dying in the Arctic? I’m none the wiser after watching. And our three heroines, who end up smoking cigs together somewhere in the constellation of Lyra while listening to The Carpenters, don’t seem to know or care in the end either.

It’s a shame, because it has some wonderful elements: a jaw-dropping setting, interesting staging ideas, captivating sound and music, and a strong lyrical and physical twist on it. Tamaira Hesson.

But it’s impossible to follow and very wacky: watching it is like being buttoned on the bus by a madman or a small child who tells you a long story whose logic is based on entirely magical thinking, as does that ‘Gretchen’ means ‘pearl’.

I’m glad I went to see it: the weather was fine that evening and the setting is worth the trip in itself – but I wish it had been edited more rigorously, as it looks like a missed opportunity to make important work on the most important subject in the world.

2022-08-27
Previous Post: Zombies at the Fonda Theater – Music Connection Magazine
Next Post: Louth culture fans are in for a treat with annual drama club tickets