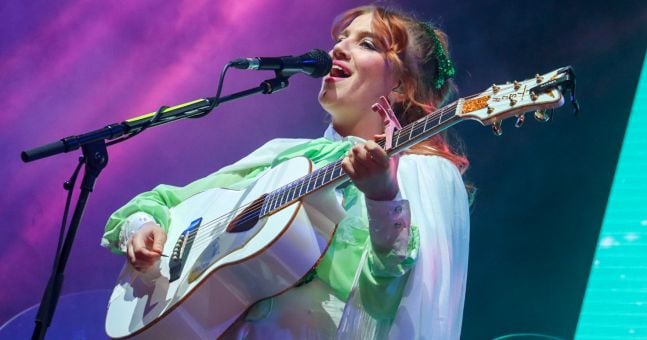 CMAT Announces Additional Show at 3Olympia Theater Due to Demand

Tickets for the December 9 CMAT show sold out immediately.

Due to phenomenal demand, amplified by an incredible performance at last weekend’s Electric Picnic, CMAT has announced a second hometown showpiece at the 3Olympia Theater on Thursday, December 8 this year.

Tickets for Ciara Mary-Alice Thompson’s scheduled set on December 9 sold out immediately, unsurprisingly given her Irish No. 1 hit album If my wife was new, I would be dead.

His debut album includes the singles “I Wanna Be A Cowboy, Baby!”, “Lonely”, “No More Virgos”, “Communion”, and “Every Bottle (Is My Boyfriend)”.

Speaking to Hot Press earlier this year, the global pop star described how going viral during Covid lockdowns meant she couldn’t actually experience fanfare on live shows – so none of it felt real, essentially.

“It’s a weird position to be in,” she muses, “because I haven’t really seen many people yet. Like the Whelan show for example – it was crazy! I just guess no one is listening. Except for the 40 teenagers who message me every day. I love them with all my heart. They are dear to me, I would be nowhere without my 40 teenagers.

“But it’s weird doing shows and having people come and want to meet me! It’s kind of overwhelming to go somewhere one night out of the year and have all these people really intensely inside me. And then the next day, going to Morrison’s and being refused three bottles of wine, because I don’t have any ID on me.

Tickets from €25 including booking fees will go on sale this Friday, September 9 at 10 a.m. Revisit CMAT’s Hot Press coverage from January here.