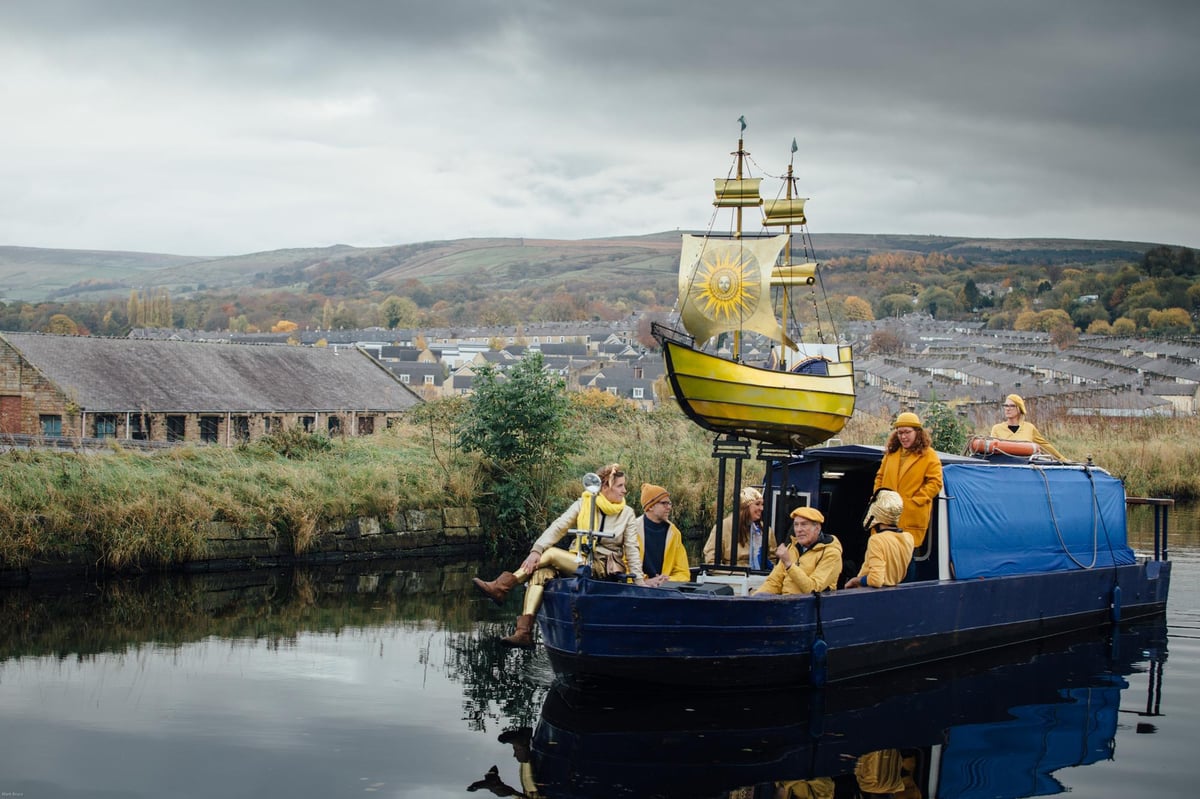 An arts group from Burnley perform an outdoor visual music and theater piece called Opal’s Comet which takes people on a symbolic journey through the stages of grief.

Mr Wilson’s, founded by Sonya “Boo” Moorhead and her partner Will Lenton, produced the show to help people reflect on their own post-pandemic grief.

Sonya, (40) who wrote, directed and starred in the show, said: “After the pandemic people didn’t want to party so we wanted to respond to the fact that people went through a sad time. We didn’t feel like they had a moment to process their grief.

Opal’s Comet is played by Mr Wilson’s on the Leeds-Liverpool canal.

“Thousands of people have died in the past two and a half years and we still haven’t had a national day of mourning.

“We didn’t breathe – it was all about ‘How can we get back to normal?’

“We haven’t just lost people: we’ve lost jobs, homes and time – it’s important to have time to reflect on that.”

Opal’s Comet, which made its debut at the Burnley Canal Festival last month, not only takes people on an emotional journey, but also a physical one as audiences follow it along the canal.

Sonya added: “It was really nice for us to start at Burnley as Lancashire were statistically more affected than other parts of the country. It was really special, really charming.

“The canal runs through people’s neighborhood and past their homes. People who saw the show immediately stopped walking. They are so happy to see something beautiful, positive and hopeful. It really resonates with them and they walk with it.

Sonya says Burnley is the perfect location for outdoor theater and the show takes place in some of the city’s hotspots.

She added: “Outdoor theater uplifts whole communities, and Burnley has so much potential for that – we just have to tell people it’s possible.

“From Straight Mile to Thompson Park, it’s amazing. When you’re up there on the water, it’s amazing. You can see the whole city. We encourage people to see that the city is great and that Brilliant things are happening here. It’s really important to give people hope in a time when there’s been a lot of darkness.