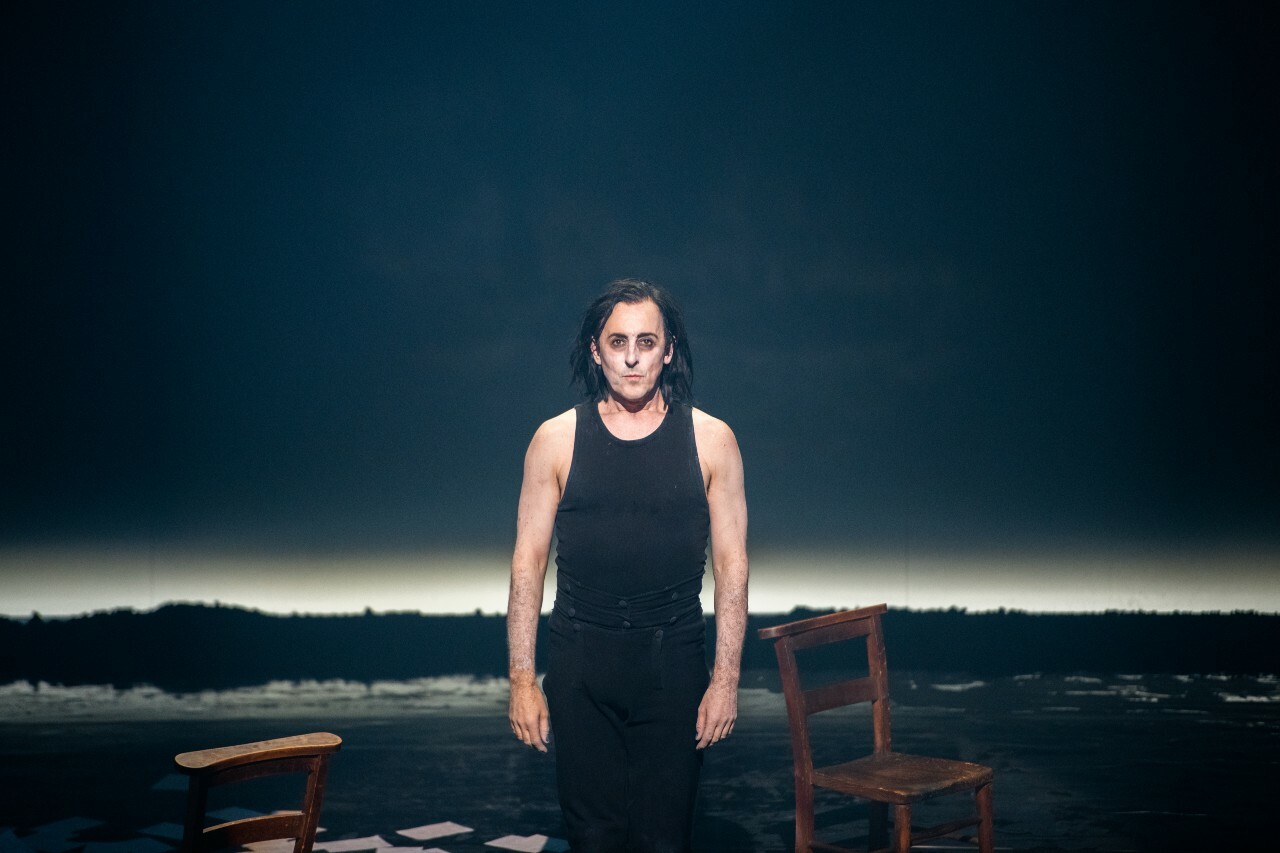 The play is theoretically inspired by recent academic analysis of the great poet’s works and life, which suggests that Burns may well have been depressed, going through periods of slow desperation and exuberant, hyper-prolific periods.

This essentially gives “Burn” its structure, as it alternates between thundering crescendos – in which Andrzej Goulding’s huge elemental projections, Anna Meredith’s electro-tinged classical score and co-creator Steven Hoggart’s mime movement all beat together – and moments of torpid, exhausted despair where everything collapses.