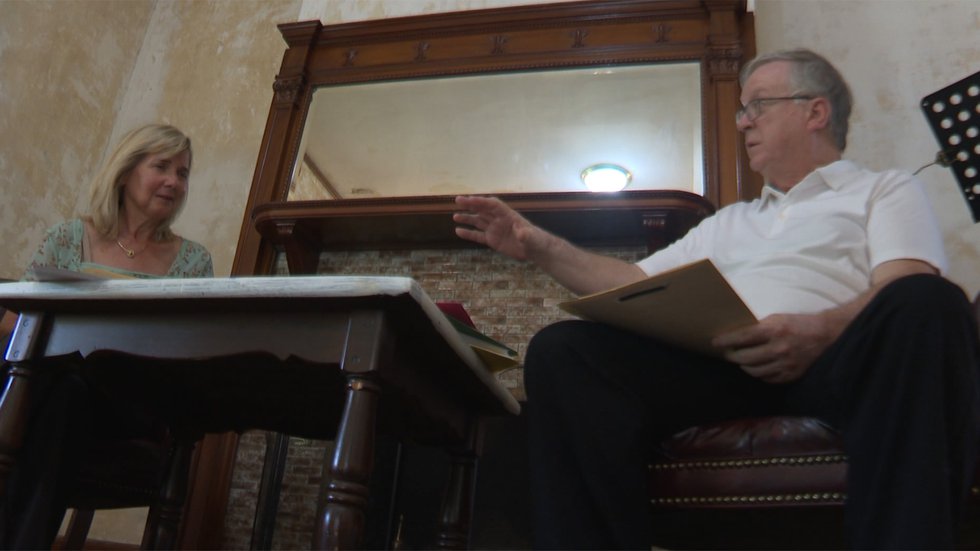 PLATTSBURGH, NY (WCAX) – A North Country theater group prepares for the opening weekend of a show that spotlights heroes near and far.

Inside of Adirondack Regional Theater in Plattsburgh, New York, rehearsals continue for the next performance of “The Guys.”

“With the 20th anniversary, it felt like the right show for this moment,” said actor Lee Ann Thomas.

Thomas and Jim Calnon star on the two-man show as a fire captain and writer living in New York to deal with the aftermath of 9/11. The writer, Joan, meets Nick the fire captain and helps him write the eulogy for eight of his deceased crew members.

“The two of them tell the story of who these people really are,” Calnon said. “A group of very real, ordinary people who, in difficult times, become heroes…It’s a deadly serious subject but there are moments of humor.”

The game is unlike most; there are no flashy lights, sets or costumes, leaving the imagery to be remembered.

“If you were of legal age 20 years ago when the attacks happened, I think everyone has those images in their minds,” Thomas said. “I think it’s just one of those you never forget.”

To honor the 20th anniversary of the terrorist attacks, there are nine performances in the area starting this Friday, asking only for donations with proceeds going to local first responders.

“We know we’re not going to raise thousands and thousands of dollars for just one volunteer service, but we know that all the money we raise will be put to good use,” said director Tom Lavin.

The piece serves as a reminder to never forget the lives lost and the courage that continues each day.

“It’s really just an expression of a lot of respect for people who choose a very dangerous profession,” Calnon said. “There are still scars here and we need to help heal them.”

You can find more performance details on the Adirondack Regional Theater website Or on their facebook page.