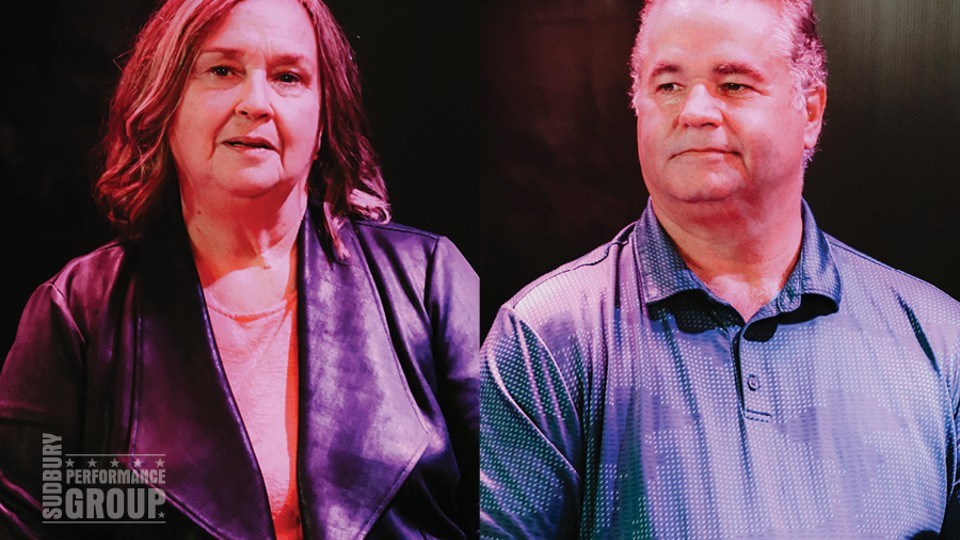 The Friday performance of ‘On a First Name Basis’ is sold out, but you can still get tickets for the Saturday show

If you’re looking for something to do this weekend, Sudbury Performance Group invites you to attend their dinner theater production of “On a First Name Basis”.

Due to COVID-19 protocols implemented by Public Health Sudbury due to an upsurge of the virus in this region, the theater group is performing at 50% capacity.

As the number of tickets available is reduced, the Friday evening show is already sold out, but there are still some left for the Saturday evening show.

“On a First Name Basis” is a 2014 two-person show by Canadian playwright Norm Foster.

The comedy is about David, a successful novelist with writer’s block, who received some devastating news that he kept to himself.

Lucy, her 28-year-old governess, has her own secret that she’s afraid to admit. As Lucy prepares to finish her shift, David invites her to stay and have a drink, curious to know the woman who has taken care of his house for all these years.

But as night sets in and the drinks start flowing, secrets come to light, for better or for worse.

“Given that we are still in the time of COVID, my wife and I, being together in our own bubble, thought doing a double would be a good time to get back into acting,” Raymond said. “We didn’t want to spread the joy too far, so I decided to make this happen.”

Raymond said he has been involved in local theater for the past decade, including Espanola Little Theatre, Théâtre du Nouvel-Ontario, Theater Cambrian and now Sudbury Performance Group.

Helen has been involved in local theater for even longer – 30 years – and her credits also involve Espanola Little Theatre, Theater Cambrian and Sudbury Performance Group.

“We started at camp in mid-July, when we first received the script, and saw that we had a terrible ordeal ahead of us in terms of learning 110 pages of dialogue between the two of us, sprinkled of a bunch of monologues out there,” Raymond said.

“We saw it was difficult, but we thought we had time to do it.

“At first, all of SPG’s plays were going to be filmed or taped and offered online due to COVID, but when the rules changed, they quickly turned to attempting a return to live theater. We are very happy to be able to be in front of a live audience and have this play in person.

Raymond said “On a First Name Basis” is a typical Norm Foster comedy, with a roller coaster ride of emotions and misunderstandings, and a “feel good” ending.