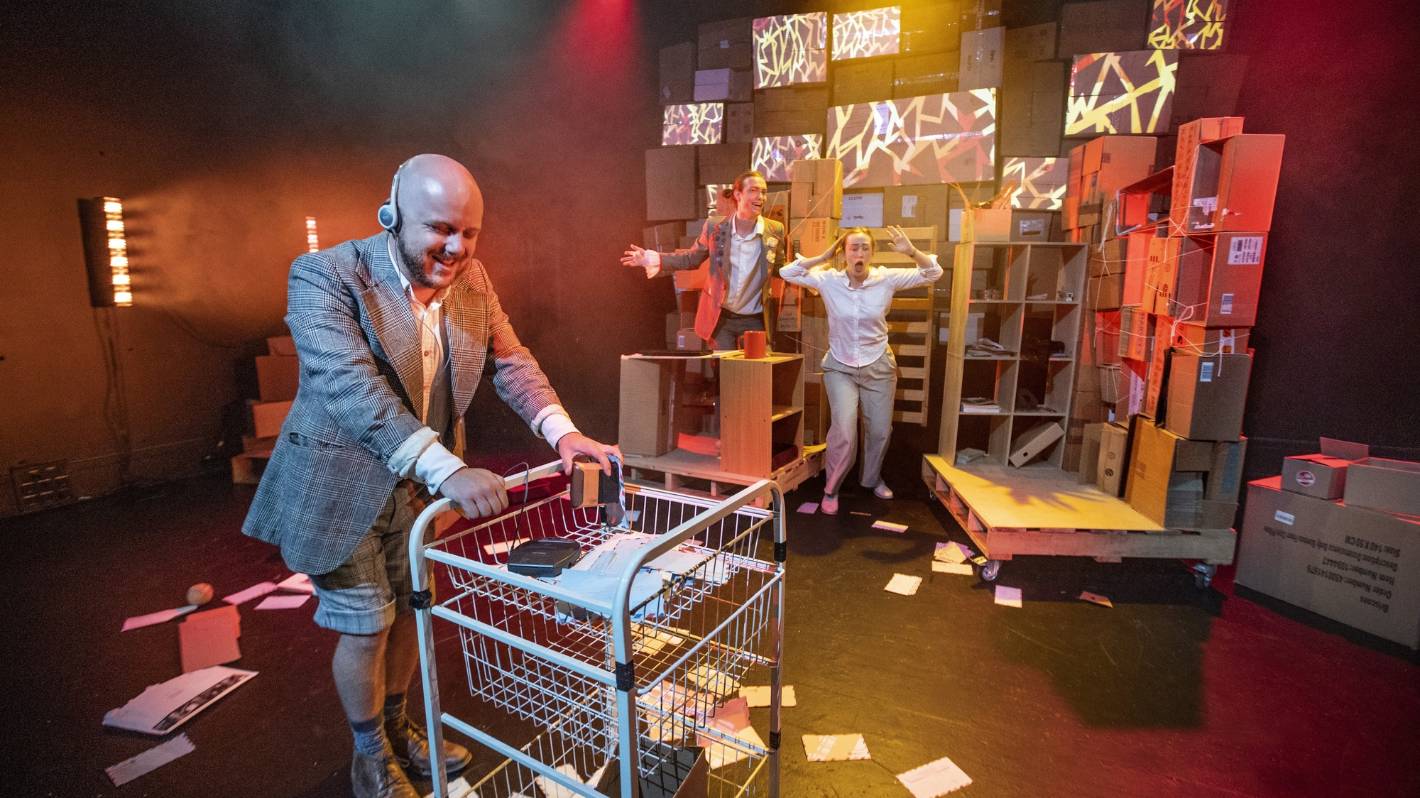 The first production from a young Wellington theater company changes the way we do theater – sustainable sets, tactile tours and audio descriptions as the norm.

Paper jam is Imaginaries Theater’s first show. It follows young professional Sal, who is stuck in a rut – a boring cycle of getting up, going to work, coming home, and going to sleep. His work is an endless sea of ​​unnecessary data entry and double manipulation. Every day is the same. And every day is boring.

That is, until his long-lost childhood friend, Biscuit, reappears. Biscuit is a troublemaker, unpredictable, wild… and imaginary.

READ MORE:
* Ballet show canceled due to Covid-19 lockdown will be streamed online
* RNZB cancels all performances of ‘A Midsummer Night’s Dream’ except in Wellington
* TV3 was a special place to work, I would be devastated to see him go

Director Belinda Campbell said, early on, they wanted to make an uplifting play. As relatable as Sal’s experience of monotony and boredom was, she wanted to show that, sometimes, joy could be found close at hand.

“Sometimes things aren’t perfect,” Campbell said. “We can bow down and say, ‘That’s the way it is’,

Designer Rebekah de Roo said that begs the question; where do you find your happiness? “Sometimes you find it in the people around you.”

The team worked collaboratively on the story and script, starting with Zoom with the country locked down during the outbreak of the Delta variant of Covid-19.

The set is made from recycled or salvaged materials – mostly boxes from local businesses and broken pellets from the back of hardware stores. The Tip Shop at the dump had lent them office supplies in exchange for a koha, to be returned after the show.

All of their waste – the unavoidable things like duct tape – would be put in a jar and kept for reference for better in future shows.

“It’s expected to be too difficult or too expensive to be sustainable,” van de Roo said – but it certainly wasn’t. “And your show doesn’t have to be about sustainability for it to be part of its ethos.”

The show also appealed to all kinds of audiences. There was a touch tour before each show, where the audience could feel the set and costumes, and hear what it looked like on stage.

The script was written to include a detailed description of each setting inhabited by the characters, allowing visually impaired people. “We verbally paint the scene,” de Roo said.

A relaxed performance, where people were free to move around and make noise if that was what made them comfortable, would take place on Wednesday January 26, and a New Zealand Sign Language interpreter would be present for the performance on Thursday, January 27.

Many shows were derailed due to Covid-19, but the team had made sure that, even if the curtain never went up, they would have done something spectacular, and had a great time doing it. “We put value in the process,” Campbell said. “That way, if it’s canceled, it was still a great experience.”

With original music by Arran Cargill-Brown and a pre-show podcast available to the public for a backstage bonus, the show will kick off Tuesday, January 25 and run through Saturday, January 29.

Due to the red lights, the audience will be smaller than usual, which means tickets are limited. Opening night is sold out.