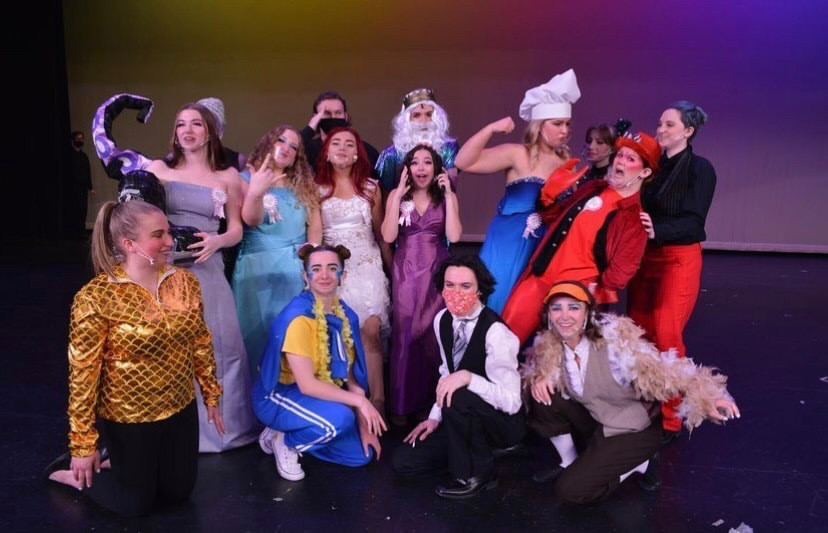 The Theater Club is back! – Viper Times

With the shift from online school to in-person school, the Verrado Drama Club is restarting! They will meet on Tuesdays in the black box (E-Wing) from 3:30 p.m. to 4:30 p.m. According to Riley Wade, co-chairman of the club, “Last year the theater was heavily affected by Covid-19. With the clubs being online, we struggled with the acting and technical work. Now that the drama club is back in person, we hope to start the practical work again. In the club, they organize improv games, technical workshops, audition workshops and much more. The theater is not just for people who want to go on stage. There really is something for everyone.

After being mostly virtual last year, the Verrado Theater Club is ready to pick up the pace. They already have a fall show called “Law and Order Fairy Tale Unit”, and there will also be a musical in the spring. Auditions for the fall show will take place at the end of August. According to Riley, the drama club’s main objective this year is “to train the next generation of actors and technicians at Verrado” Riley says the best way to get information about the club is to speak to Ms. Farrington, the box black as well, or you can visit our theater page vhs_theatre_club for more club updates and information.

So why join the drama club? According to Riley, “Theater is forever family.” Riley emphasized that the theater is a special place, welcoming and accepting of everyone in Verrado, a place where no one has been turned away for wanting to be themselves or wanting to have fun. So if you’re looking to get involved in the school community or just want to have fun, then the drama club might be for you!