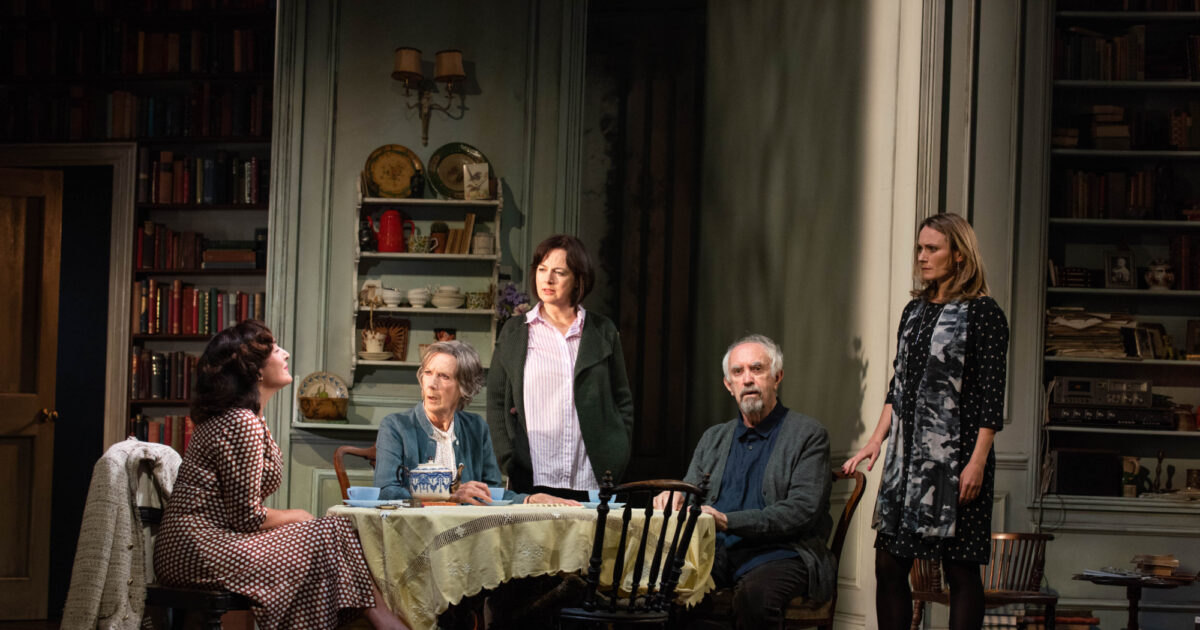 The Manhattan Theater Club Premiere on Broadway The Height of the Storm, a new play by Tony-nominated French writer Florian Zeller, translated by Christopher Hampton, opens at the Samuel J. Friedman Theater on September 24. Jonathan Kent directs the drama, which arrives in the US after an acclaimed London run, with Olivier and Tony winner Jonathan Pryce and three-time Olivier Award winner Eileen Atkins reprising their lead roles.

In The Height of the Storm, André and Madeleine spent 50 years married, until their life together began to unravel and their romantic relationship faced the inevitable change.

The height of the storm began its Broadway performances on September 10 and continues through November 24.

Production Photos: The Height of the Storm on Broadway