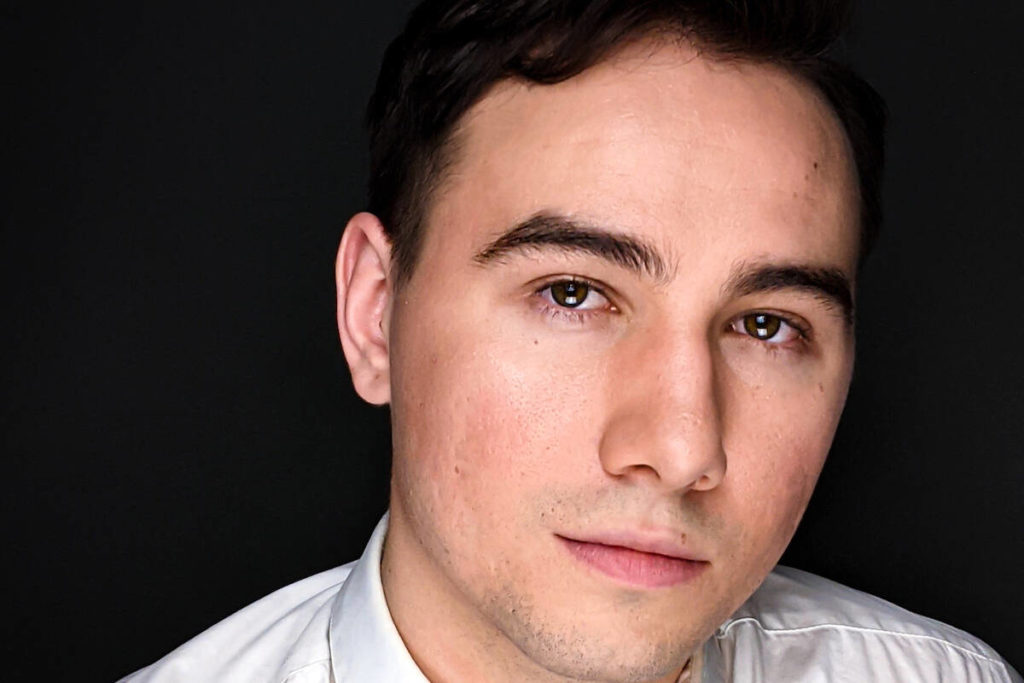 A rare dinner theater production in Surrey is coming to the Sheraton Hotel in Guildford.

The Royal Canadian Theater Company will present Nick Hall’s “Eat Your Heart Out” in a ballroom there from January 27-29, as part of the Dine Out Vancouver festival.

Ellie King directs the comedy, billed as “a very funny and often realistic look at the life of a young actor trying to find success in what has been described as ‘the world’s toughest business’.”

The show marks Royal Canadian’s first venture into presenting dinner theatres. In partnership with the Sheraton Vancouver Guildford Hotel, the company aims to bring together “pleasure and fine dining to help dispel the January blues.” To our knowledge, this is the first time a dinner theater has been presented in Surrey.

The three-course meal will be served to guests in three areas set up in a hotel ballroom, with dinner at 7 p.m. and curtain at 8 p.m. The one-hour show includes a short intermission. Tickets are available online via eventbrite.ca, starting at $79.99 per plate. Event details are also posted on rctheatreco.com.

Royal Canadian’s “Eat Your Heart Out” stars Vinnie Keats as Charlie, a charming, struggling young actor who works as a waiter at a restaurant – “actually quite a few different restaurants”, notes a preview of the episode. “Along the way, he meets all kinds of people, from a badass advertising executive to a disenchanted married couple to the girl he really, REALLY loves.”

The show also stars Crystal Weltzin as a girl, Stephen Elcheshen as a man, Sue Backs as a woman, and Ty Javos as a boy. “These talented actors play every character Charlie meets on his journey,” an event notice notes.

Keats is a classically trained actor and singer. More recently, he has focused on work in front of the camera, starring in the independent film “Clay Pots”, as well as some national commercials, biographical sketches. Prior to that, he entertained live audiences as Sky in “Mamma Mia”, Beast in “Beauty and the Beast” and Iago/Romeo in “Goodnight Desdemona, Goodmorning Juliet”, to name a few. . Vinny is also a gymnast; you might have caught him stomping his way across the stage in Disney’s “Newsies.”

Keats studied at the Canadian College of the Performing Arts in Victoria.

“I was drawn to the role of Charlie and this show because that’s really the story for most actors,” Keats explains. “I see so many parallels in my own life and I want to thank Ellie for giving me the chance to reflect them.”

In December, in Surrey Royal Canadian Theater Company staged a holiday pantomime based on “Alice in Wonderland,” scripted by Weltzin, who is cast in this month’s “Eat Your Heart Out” dinner theater production .