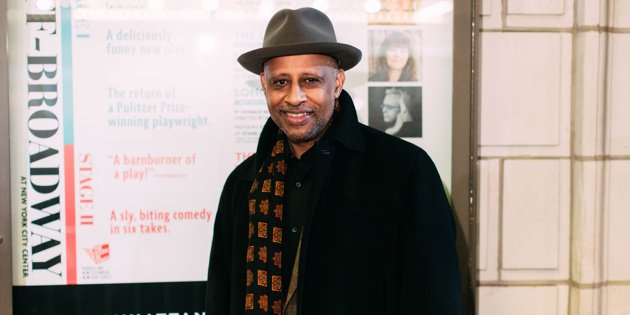 The Manhattan Theater Club has provided an update on its 2021-2022 season. The full cast for all productions will be announced at a later date.

In the spring of 2022, the Broadway premiere of How I learned to drive will bow at the Samuel J. Friedman Theater. Starring Tony Award winner Mary-Louise Parker, Tony Award nominee David Morse and Johanna Day, the 1998 Pulitzer Prize-winning play is written by Paula Vogel and directed by Mark Brokaw. Production was delayed from its original April 2020 opening due to the COVID-19 pandemic. How I learned to drive explores the complex relationship between Li’l Bit (Parker) and Uncle Peck (Morse), as a series of driving lessons progresses from innocence to something much darker. In addition to winning the Pulitzer Prize for Drama, the play received Lucille Lortel, Drama Desk, Drama Critics’ Circle, and Outer Critics Circle Awards for Outstanding Play.

by Dominique Morrisseau Skeleton Crew will have its Broadway premiere at the Samuel J. Friedman Theater in the winter of 2022. Santiago-Hudson will direct the production, which is set at the start of the Great Recession as one of Detroit’s last auto stamping plants sits on land brittle. Workers must make choices about how to move forward if their factory fails.

Off-Broadway, MTC will present the world premiere of morning sun at New York City Center – Stage I starting October 12 with an opening night scheduled for November 3. Written by current Tony nominee Simon Stephens and directed by Lila Neugebauer, morning sun will feature winner Tony Blair Brown, Emmy winner Edie Falco and Tony nominee Marin Ireland. The new play is set in Greenwich Village around a generation ago and as 50 years pass, a woman’s life is revealed in all its complexity, mystery and possibility in this thrilling world premiere about mothers and daughters. , beginnings and endings in New York.

by Joshua Harmon Prayer for the French Republic will have its world premiere, directed by Tony winner David Cromer, at Downtown New York Off-Broadway – Stage I in Winter 2022. In Spring 2022, the U.S. premiere of golden shieldwritten by Anchuli Felicia King and directed by Obie Award-winning Danya Taymor, will perform off-Broadway at New York City Center – Stage I.