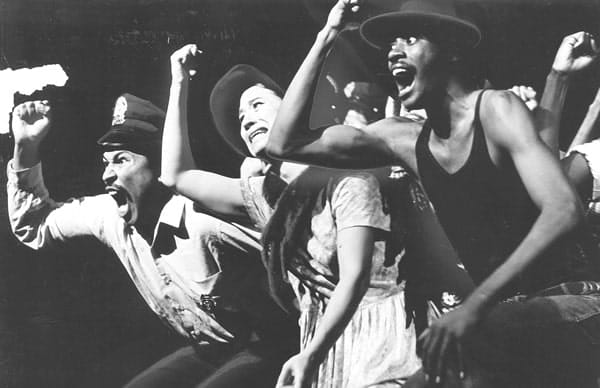 Wednesday, July 25, 1962 was quite pleasant for a summer eve in Washington, with the temperature hovering around 70 (though the humidity lingered near 80%). Excited spectators piled into the Washington Theater Club’s carriage theater to watch a performance of Tennessee Williams’ racy farce Adjustment periodthen into its eighth straight week packing theater-hungry Washingtonians.

Two DC detectives made their way through the crowd and headed to the box office to purchase tickets. After buying the most expensive seats in the house at $3.50 each, the officers declared the show closed. No one had bothered to ask them for their membership card. Chaos ensued.

Many of those present that evening believed that the play had somehow offended the authorities. Williams’ comedy depicts what is now called “post-traumatic stress disorder” suffered by two Korean War veterans. The performance explored men’s feelings of inadequacy towards the women in their lives; a sensitive topic for a Washington audience. The play had enjoyed a modest run of 132 Broadway performances the previous year and was finding a more appreciative audience in the nation’s capital.

A beleaguered Third Precinct police captain, Raymond S. Pyles, told incredulous reporters the next day that the contents of the play had nothing to do with the actions of his detectives. On the contrary, he charged, the club was in breach of its license of occupancy which specified that only club members could attend performances. The success of the play combined with its posters, radio and newspaper advertisements, Pyles claimed, demonstrated collusion to avoid the public hearing process required for public hall licenses in residential areas.

City theater audiences did not accept this explanation, especially in light of the otherwise lax enforcement of such permits elsewhere. Writers of letters to city newspapers saw the police action as yet another example of official harassment of culture in a city dominated by congressional-appointed commissioners determined to run the city for themselves.

The club posted a $100 bond and the production continued on its run until it was replaced later that summer by a teen production of Rumpelstiltskin and chamber music concerts. The challenges posed by its unusual legal “club” status will plague the band for years to come.

In January 1970, President Richard Nixon invited the company to the White House to perform a segment of their production The Decline and Fall of the Entire World as Seen Through the Eyes of Cole Porter. 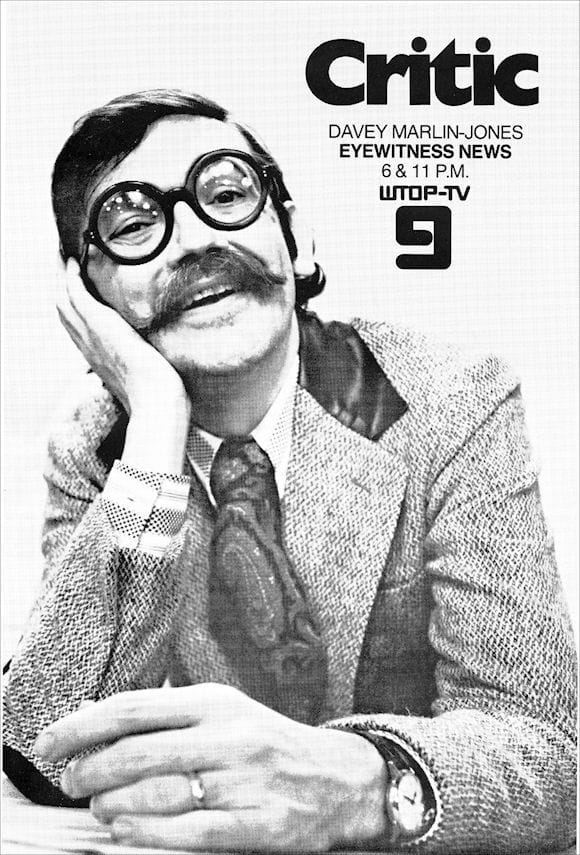 Midwestern eccentric and outlandish Davey Marlin-Jones (see as featured earlier in our 1970s culture shock article) came from New York to take over as artistic director of the company in 1965. Over the next seven years, the club has mounted some of its most ambitious productions. . In 1968, Jones and company received the coveted Margo Jones Award for Pioneering Leaders of American Regional Theater in 1968 (subsequent winners from Washington include Zelda Fichandler and Arena Stage [1971]long duration Washington Post Richard Coe review [1990]and Howard Shalwitz with the Woolly Mammoth Theater Company [2004]). Jones stayed in town as an art critic for the CBS-TV affiliate (currently WUSA-TV) until 1987, when he moved to Las Vegas.

At its peak, the club attracted 9,000 subscribers, almost all of whom paid an extra dollar each year to retain their membership. For much of its existence, the company provided acting training for children and teenagers as well as professional training for adults. His chamber music ensemble—the Theater Chamber Players founded by Leon Fleisher and Dina Koston in 1968—has held long-term residencies at the Smithsonian Institution and the Kennedy Center; and remains active to this day.

Hungry for innovative drama, theater mavens John and Hazel Wentworth formed the group in 1957 to promote new dramatic forms, showcase new ideas, and support novice playwrights and their work. John Wentworth was already managing the amateur Unitarian Players and looking to expand his presence on the city’s professional scene. Hazel would assume leadership of the band after the couple divorced in the 1960s.

The Wentworths further sought to present quality productions performed and enjoyed by diverse actors and audiences outside of the harmful racial boundaries and Jim Crow customs that still marked the city. They nurtured a slightly bohemian tone, often featuring non-traditional works such as poetry readings accompanied by modern dance; and Ionescu Lesson. In 1962, they offered a residency to Academy Award-winning actress Anne Revere, who still suffered from being blacklisted in McCarthy’s time for her previous Communist Party affiliation. Such actions have made the company an easy target for advocates of moral and political correctness.

The Wentworths started their efforts in an old carriage house at 1632 O Street NW halfway between Dupont and Logan Circles. Situated next to a large church along a residential block, the building had outgrown horses, carriages and automobiles to become an indescribable warehouse. The declining fortunes of the neighborhood combined with its use for storage resulted in a price the fledgling business could afford.

The site carried various fillers that would shape the theatrical adventure in unexpected ways. As Captain Pyles noted, residential zoning codes prevented a “theater” from opening. The always creative couple therefore launched a theater club to become owners of the building. The club, in turn, leased the space to the Washington Drama Center, which officially operated the business throughout its early years. The club was eventually reincorporated as a self-governing non-profit organization in 1963, claiming an educational purpose as justification for tax-exempt status. Such arrangements required “members”, so the company charged subscribers and other customers a “membership fee” of $1 in addition to the official ticket price.

The small stage at 1632 O Street NW remained the club’s signature venue for much of its existence. The shed provided just enough room for an Elizabethan-style pushing stage surrounded on three sides by 142 seats. Many viewers initially found the space “soft”, “intimate”, and “endearing”. Audiences particularly appreciated the new theatre’s state-of-the-art air conditioning system, which remained a rarity at the time. Positive reviews followed.

Before too long, however, the old carriage house became “cramped”, “uncomfortable” and “confined”; its once revered air-conditioning system is now simply “noisy” and “annoying.” “Old as lovely” transmuted to “Old as dilapidated”. While such concern led to the club stretching its financial reserves for a second leg, the space remained highly valued by many. 1632 O Street continued to host children’s productions, poetry readings, dance and music performances as well as a puppet theatre.

The club, which for years proudly claimed to be the smallest professional repertoire company in America, was looking to expand. As 1969 turned into 1970, Hazel Wentworth moved her main operations to a renovated African-American church in the city’s West End neighborhood. With three times the seating capacity and abundant backstage space, the new house suited the business well; at least until the tax authorities and real estate developers do their thing. A once notable blue-collar neighborhood, the West End had fallen into disrepair after being targeted for demolition to make way for an inner ring road circling the city centre. The neighborhood came “online” once highway planners lost their battle to dig an interstate highway through the area. A neighborhood renewal plan published in 1972 envisioned a “new town for the West End”. A Ritz Carlton hotel now stands on the site of the final resting place of the Washington Theater Club.

The club’s statement that it provided educational opportunities ultimately caused the loss of the business. In the early 1970s, various courts rejected the assertion of educational status, leaving the club with a costly property tax bill that it could not cover. Bankers quickly seized their loans. The company closed in 1974, a victim of an emerging housing boom that would devour the city’s poor neighborhoods in its wake.

Editor’s Note: Much of Washington DC’s theatrical history is lost or resides in personal or library collections not accessible to the public. We hope, through this Roots series, to bring this story to light. Anyone with memories or images to share about the Washington Theater Club, please email [email protected]